Inspiring Story Behind the “Goat Yoga Lady” & Why It’s for Charity!

Inspiring Story Behind the “Goat Yoga Lady” & Why It’s for Charity!

By: Susie Price, Founder of It’s for Charity! Events and Mental Health Advocate

When the word “selfish” is used, it’s almost always with a negative condonation. It’s a common go-to as an insult or when we want to point out someone’s faults. And when it’s directed towards us, aren’t we quick to jump on the defensive?

I would like to flip that script on you… In the last 3 years, I have discovered a positive meaning for the word “selfish”. Honestly, I use it with pride. I have had so many wonderful firsts happen in my life during the last 3 years. For example: For the first time in my life, I feel successful and accomplished. I feel that I have a purpose and I know what it is. I feel loved and adored by a man that completely consumes my heart. I feel I am no longer such a worry and burden on my parents. It took, what seems like “longer than it should”, to get to this place. And the path included some very dark places. But, I’m here now. And it all began with a selfish decision.

Before we get into that first selfish decision, let me introduce myself. I’m Susie Martin, oops, I mean Susie Price! My last name has changed very recently and I’m still glowing from it. But I have become known and referred to as the “Goat Yoga Lady”. I created and run the popular classes ‘Happy Goat Yoga-For Charity’. Many people see what I do as simply running a business that puts on crazy goat yoga classes. Sure, those who have attended will tell you how much fun they had with us. They will say that they laughed a lot and exercised their smile muscles. And, many even describe it as the “Best Day Ever!” By the way, every time I overhear or am told this, I do an internal happy dance. I know the power of a good time, what a happy, positive day can do for a person’s soul! But, there is so much more heart and purpose behind these “crazy goat yoga classes”. This is where my selfish story begins…

Before I saw being selfish as it could be a good thing, I cared way too much what others thought of me. Strangers, acquaintances, close friends or family members, it didn’t matter. I was constantly worried about how my actions would dictate their opinion of me. If I’m being completely honest, that hasn’t gone away. I still very much overthink everything. But the difference is now I stand up to that negative thought. I challenge it. The point is, that worry, that intense anxiety allowed life to just happen around me. I went with the flow. I made decisions that society saw as the normal or right thing to do. I avoided difficult situations. I didn’t challenge myself. I took the jobs that were offered to me. I dated the guys that showed me attention. I overthought every outfit I put on. I was overly critical of my body. I became friends with whoever was around. An outsider looking in on my life, would think I had a pretty decent one, that I was a happy person. The truth is, I was mostly miserable. This way of life led me to a place of trauma.

My circle of misery began when I was first mentally abused, then physically abuse while in a relationship. This resulted in me becoming lost in the obsession of doing what I thought others saw as the right thing. I just kept attempting to be a “better and selfless” person. I thought this would stop the abuse and I would be loved, like it was in the beginning of our relationship. Can you guess how this ended? As I’m sure you guessed, it ended with an explosion. No matter what I did the abuse didn’t stop. It actually escalated. Thankfully, my abuser eventually exploded towards me in a public place. I had witnesses. I had people to do the thing that I couldn’t. I learned later that 911 received 7 phone calls reporting the abuse happening to me. That is how out of control it was. The abuser was arrested, after it took 5 police offers and three tasers to take him down. Even though this was the opportunity I had been waiting for. It was my lifeline being tossed to me but it didn’t feel like it at the time. From there I fell into a hole so deep that nothing but darkness consumed my mental and physical health. This hole, I later discovered, was called depression. At the time, all I felt was abandoned and worthless. My bed was where I found refuge. My covers, along with my dachshund-mix, Penny, is where I sought comfort. For a solid 6-7 months, if I got out of bed, changed my clothes and brushed my hair, then that was a productive, successful day. My little meal prep business that I worked so hard to build fell apart. I lost touch with nearly all my friends. I became dependent and abused Xanax. It was the only way to stop the constant tears that stained my face. These magic little pills were the only way to quiet the mean girls and hate speech that was so loud in my head. Dark thoughts that I never would imagine myself thinking or even considering were there. This depression depleted any energy and positive thoughts. It convinced me what I felt and thought was my actual reality. There was no hope felt.

Eventually, I did crawl out of the darkness. It wasn’t easy and it is difficult to explain exactly the how. But I give credit to two things: 1) The one day I got out of the house in months, I heard someone talking about their depression, their struggle they experienced. It was then that I understood what was happening to me. 2) The act of kindness video my big sis sent me. (I’ve always loved these type of videos and would imagine me creating a big act of kindness someday). This was the inspiration and motivation to my first selfish decision. It was from here I was able to take strength from the darkness and turned it into my light.

“Selfish” decision #1… As a way to continue my healing as I crawled out of the darkness, I began doing one intentional act of kindness for a person in my life, every day. I needed to erase the very vivid memory of how worthless depression made me feel. It also tore me up to think that someone I cared about could be struggling on the inside, like I was. I didn’t want to remember the worthless feeling. I didn’t want to feel sad because of the empathy my invisible scar gave me. Instead of going with the flow like I always did in my past, I challenged myself. In spite of those feelings, I selfishly used it to heal.

Eventually, I turned the intentional acts of kindness and the need for more awareness and education on mental illness into an official, 501c3 tax-exempt nonprofit, called ‘The Reminder Project’. The mission: a group of mental health advocates focused on combatting depression and strengthening relationships through awareness and intentional acts of kindness. Along with the movement, I also created “Not-So-Random-Acts-of-Kindness™” (also referred to as “Kindness Reminders”). The goal is to share our personal, awkward stories of struggle, encourage others to share their experiences and remind those people we choose to surround ourselves with that they do matter, they aren’t worthless and they are cared for. Because you never know the internal battle someone is fighting. Even those closest to us. I’m the perfect example of this. No one in my life knew the daily anxiety I dealt with. No one had a clue of the abuse and trauma that spiraled me into a dark hole. When I finally began talking about it, nearly every response was, “I had no idea! You always seemed so happy, like life was good.”

“Selfish” decision #2… Because it costs money to effectively run a non-profit, to do all the good things I had planned for my new charity to accomplish, I was on a constant search for donations. I learned very quickly how difficult and competitive it is to get donations. When you’re an unknown organization or charity, people are very reluctant to donate. And, you can only ask your friends and family so many times. All the “no’s” I was receiving gave me a feeling of defeat. One day I saw an adorable video online of a goat yoga class. “OMG! I must do a goat yoga class!” Just watching this video made my heart smile, I could only imagine what being surrounded by these bouncing cuties would do for my soul! I did a search. At that time, there weren’t any goat yoga classes happening in the DFW area, much less Texas. Lightbulb! I’ll put together a goat yoga class as a fundraiser! I’ll get to fulfill my wish AND raise much needed funds for my charity, win-win! It took a while to find a humane place with lots of friendly mini-goats and even more challenging to find a location willing to host this craziness. Remember, at this time goat yoga was brand new, nearly nobody knew what I was talking about. Luckily, I didn’t listen to the first 4 people/businesses I approached to be my collaborative partner. The fifth person was obsessed with mini-goats as much as I was and happily invited this new adventure to her location.

Let’s fast-forward a bit, we just celebrated our GOATiversary! Two years of smiles with ‘Happy Goat Yoga-For Charity’ classes. Along with my partner (and amazing husband), we formed ‘It’s For Charity! Events’, where we run Happy Goat Yoga and the many other unique fitness classes and creative workshops. Not only do these happy-vibe FUNdraisers fund my non-profit, but the popularity and growth of the organization has allowed us to do this for other local charities!

I went into this with the plan to do two goat yoga classes at one really cool brewery, in order to have a fun day and raise money for one charity. However, that didn’t happen. Instead, my organization has held over 250 good-mood boosting sessions at over 50 different local businesses. We have teamed up with and assisted over 16 kind-hearted, local charities in their missions to do good.

As I mentioned in the beginning, if/when you may happen upon a Happy Goat Yoga class, you may just see “crazy people doing trendy yoga with goats”, but what you don’t see… what I see, is the journey from DEPRESSION to healing with KINDNESS to 10,000 smiles and funded passions with adorable GOATS.

The next time you are in need of happy-vibes or looking for something fun to do, I encourage you to take a look at the ‘It’s For Charity! Events’ calendar and join in on one of the many unique fitness classes, creative workshops or events that happen weekly in Dallas – Fort Worth. As my crew and I like to say, “Do Good, Be Good, Feel Good.”

For More Information on It’s for Charity! Events such as Goat Yoga or Pups N Pilates or to make a donation go to or have them at your next event go to:

Happy Goat Yoga and Puppy Pilates will be presented by It’s for Charity! Events at the Cosmic Yogi Festival. To find out scheduled class times go to: www.cosmicyogifestival.com 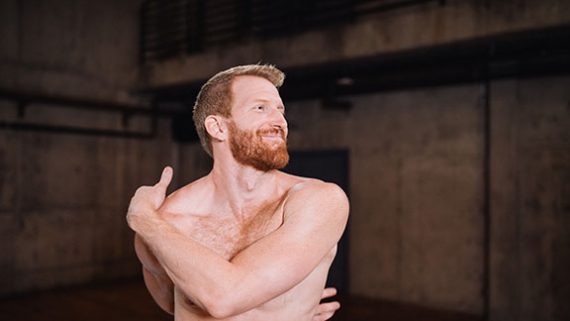 Surya Namaskar: 12 Poses and Its Effect on Your Body

10 Yoga Poses for Back Pain 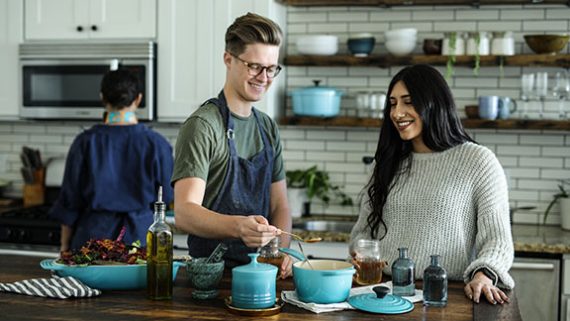