I was getting to know a friend’s new wife, sitting across the table from me at my birthday dinner party a few years ago. I had shared with her I perform Reiki on people and this is what she said, “Oh, Reiki! We get massages all the time. Do you do house calls, because we should hire you?” Then she called out to her husband, “Honey, honey- Renae does Reiki. We should hire her for our massages.”

Even though she was being very sweet in wanting to hire me, I had to do some fast talking to get it across that I am not a masseuse but a Reiki practitioner. After quickly explaining that a session would not involve the vigorous kneading of muscles, but rather an initial energy reading with my hands positioned a few inches above those muscles that could involve balancing vibrational energy transference through light touch, a series of questions changed the entire course of the evening.

While my companions had heard of Reiki, none had actually experienced it and most believed it to be an esoteric healing practice. But alas, our times, they are a’changin’. In our warp-speed-accelerating culture of technology driven, success motivated lifestyles, many of us are finding ourselves desperate for respite, recharge and restoration, and a deeper connection. And many are finding Reiki to be good medicine.

According to “Reiki Goes Mainstream: Spiritual Touch Practice Now Commonplace in Hospitals” (2014), reported by Brianna Sacks in The Washington Post, Reiki, once considered a fringe therapy along with yoga and acupuncture, “is now viewed by many as an effective, accepted alternative practice in mainstream America, where at least 1.2 million adults have tried the energy healing therapy.” Now, five years later, that figure is even higher. Credit Mehmet Cengiz Öz, otherwise known as Dr. Oz of Oprah fame, as well as celebrities such as Angelina Jolie and Gwyneth Paltrow, for spreading word of their personal Reiki experiences and helping to catapult Reiki into mainstream culture. Erin Hanafy stated in her article “How Woo-Woo Wellness Went from Weird to Waitlist” (2016), “it’s clear that more people are embracing what used to be called ‘woo woo’ in a new way”. In the same reference, while likening energy work as the new yoga, Brooklyn-based, Maha Rose Center for Healing, founder Lisa Levin, predicted, “The same way that yoga went from a handful of teachers and yoga studios to what it is today—that’s what’s happening right now.”

What is Reiki, really? Can one prove it, test it, verify it, measure it? Those questions were but a small sample of what went through my mind upon first hearing of this Japanese word that translates to indicate the modality of universal (rei) life energy (ki). I admit to initially being a raging skeptic. Having trained up in the way of my father, I worked for decades as a scientist, where I was required to prove with verifiable accuracy in accordance with scientific theory every pencil mark I put to paper in both educational training and career. I eventually found myself responsible for ensuring drinking water quality for one of the country’s largest metropolitan areas, requiring strictly ordered, legally sound, and readily accessible data. If any such data connected to Reiki exists, I admit I have yet to see the logbooks. But oftentimes, personal experience is more convincing than outward facts, even to a skeptical scientist.

My daughter came out of the womb a Reiki practitioner. Having waited until later in life to have her, I found myself highly susceptible to microbial compromise. Little germ-buckets that tiny toddlers are, I dealt with more disease intrusion after becoming a mother than I had in all my life- especially deriving from the stomach virus category. Being the viable birth after a succession of miscarries, as well as the firstborn on either side of her family tree, my child seldom had to want for loving arms to hold her. It does cause a problem to one accustomed to being continuously carted about for the major carrier to be too weak and ill to comply. “Mommy can’t get up right now, darling- I’m feeling sick,” I would explain. Instinctively, she would toddle over and lay her hands on my stomach or my head or wherever I suffered and almost without fail, those tiny hands brought relief. I thought little of our practice, I assumed every child had the capacity to heal their ailing mother to get them back on their feet to do their bidding! It made perfect sense for this to be a thing between a mother and child; that we each help one another to feel better in times of need. I still retain childhood memories of my own mother placing her hands to comfort my ailments all those many years ago.

When my son arrived a few years later, he followed in his sister’s footsteps and though, by then, my immunities had boosted, any ailments I drew in often had four small hands to wipe them away. Between us, an indication of illness could prompt what we came to call “healing hands”, which was mostly just what a mother does when she comforts her child in pain. But what drew my attention was an event not so ordinary. I did not go about asking my children to “heal” me. As previously stated, they acted more for their own accord. The one time I did ask my daughter to use her healing touch was to see if I could find relief from a nagging and reoccurring deep-seated pain in my back, near my shoulder region. This pain randomly popped up a few times for no seeming reason, bringing a mental vision of a tomahawk stuck vertically in one particular spot parallel to the right of my left shoulder blade. After returning from dinner one night, I requested we see if she could make that muscle feel better. With her little brother at her side, my daughter put her hand directly on the painful area with no guidance from me. As she did so, the pain abated just as she pulled her hand back to show me goose bumps running the length of her small arm. Her words still chill me to this day. “I don’t know what that was, Mommy, but it was dark and bad.” I had no wisdom, no training, and no insight into the dark mysteries of the metaphysical, but I feared for my children without even knowing what I could possibly be fearing. I reached out to my more attuned BFF, who at the time was living far from me in Canada, telling her what happened and asking what I might do to protect my children from anything of the unseen energetic variety. She recommended I contact a certain Reiki practitioner for guidance, forwarding me the contact info. From my first formal introduction to Reiki, any skepticism I was harboring toward the “woo woo” vanished from my own energetic field, forevermore.

Thus, began my foray into undertaking a whole new school of thought, adding spiritualism and metaphysical studies, including years of Reiki training, to my scientific arsenal, where I found all to be much less conflicting as it once seemed. It appears I am in good company. Not long before his death, noted scientist and Pulitzer Prize winning author, Carl Sagan, eloquently stated:

“Science is not only compatible with spirituality; it is a profound source of spirituality. When we recognize our place in an immensity of light‐years and in the passage of ages, when we grasp the intricacy, beauty, and subtlety of life, then that soaring feeling, that sense of elation and humility combined, is surely spiritual. So are our emotions in the presence of great art or music or literature, or acts of exemplary selfless courage such as those of Mohandas Gandhi or Martin Luther King, Jr. The notion that science and spirituality are somehow mutually exclusive does a disservice to both” (Sagan 1995)

As it turns out, the Dalai Lama also appreciated his science lessons. According to Maria Popova in her article, “The Dalai Lama on Science and Spirituality” (2018), His Highness himself points to the scientific method as our mightiest tool in the pursuit of truth.

“We should always adopt a view that accords with the facts. If upon investigation we find that there is reason and proof for a point, then we should accept it. However, a clear distinction should be made between what is not found by science and what is found to be nonexistent by science. What science finds to be nonexistent we should all accept as nonexistent, but what science merely does not find is a completely different matter.” (Popova 2018)

Science has not proven the nonexistence of Reiki, the balancing aspect of our body’s energy, though the existence of energy is a matter of scientific principal. Science has also proved that energy can neither be created nor destroyed, but it can be manipulated. The ability to sense or work with energy is in everyone. All that is required is an open mind and a willingness to practice. I have found that Reiki meets us where we are in life, that the teacher appears when the student is ready- even if that student is initially especially skeptical.

Renae Lesley is a Reiki practitioner and can be contacted for sessions or questions through her Facebook page. CLICK HERE You can also experience a Reiki session with Renae at the upcoming Cosmic Yogi Festival. Look for her booth and receive beautiful energy healing.

4 Chair Yoga Poses for Stress Buster in the Office

Mindfulness and Breathing Techniques for Mental Health and Relaxation

Be Healthy with Yin Yoga: Interview with Stefanie Arend

Acro Yoga for Beginners: 3 Poses to Get You Started 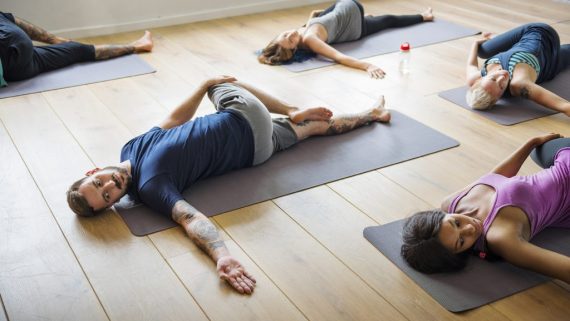 13 Benefits of Yoga Supported by Science

FORGIVE-RELEASE-EXPAND: How to Forgive the Unforgivable 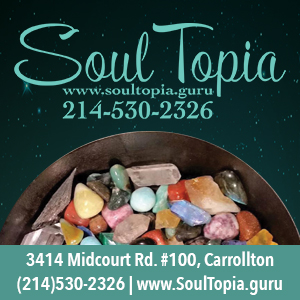